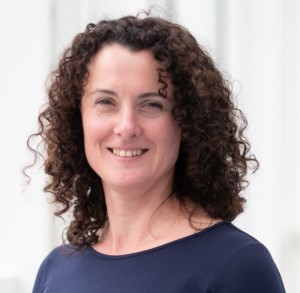 Consultant Clinical Scientist in Radiotherapy, Dr Catharine Clark has been appointed as the chair of the European Society for Radiotherapy and Oncology Physics committee. Her role will be to promote Medical Physics within Radiation Oncology in Europe through professional, scientific and educational development.

The European Society for Radiotherapy and Oncology Physics Committee has over 7300 members – professionals of radiotherapy and beyond, in over 100 countries and its mission is to achieve recognition of all radiotherapy professions and harmonise education and training standards.

As a clinical scientist at Royal Surrey County Hospital, Catharine directs research in advanced radiotherapy verification and has supervised several PhDs in this area, acting as an honorary senior lecturer both at the University of Surrey and University College London. This research has led to multiple national projects to verify the implementation and safety of treatment techniques such as stereotactic cranial radiosurgery, stereotactic ablative radiotherapy of the lung and intensity modulated radiotherapy. She holds joint posts with the National Physical Laboratory and the NCRI radiotherapy clinical trials quality assurance group and results from these projects have been used to audit the quality assurance in multiple national and international clinical trials.

Through her role in European Society for Radiotherapy and Oncology Physics Committee Catharine has been active in coordinating education for Medical Physics Experts in Europe, strengthening links with international Medical Physics Organisations and developing training for peer review of the dosimetry given to patients in radiotherapy treatment. In being appointed to chair of the physics committee she hopes to promote these initiatives further.

“We are immensely proud of Catharine’s achievement in being elected as Chair of the European Society for Radiotherapy and Oncology Physics Committee. This is a high profile role with significant influence on clinical and professional development in radiotherapy across Europe. It is a measure of Catharine’s standing in the field internationally and is well deserved.”

There are no upcoming events.